On Sunday, December 18th, InternScout showed its San Diego pride by attending a National Football League (NFL) football game at Qualcomm Stadium between the San Diego Chargers and the Baltimore Ravens. This match was set to be a close one and, although the Ravens brought a good number of their own fans, the presence of Chargers fans was devastating. The San Diego Chargers home games can bring almost 70,000 fans to Qualcomm Stadium in one night! 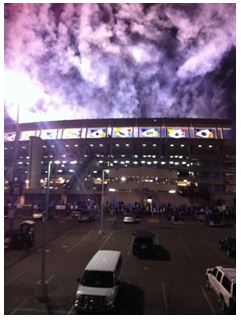 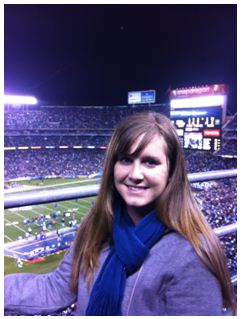 The Chargers took the win with a final score of 34-14! The stadium was thrilled with the outcome and you could really feel the sense of the community surrounding the stadium.

So, how do all these fans get to- and from- the game? While some of them drive themselves, many fans use the San Diego Trolley. The Trolley’s Green Line stops in several locations in San Diego and increases its pick up times to every 5-7 minutes on game day and drops fans off right outside of the stadium!

The trolley provides services to downtown, the Gaslamp Quarter, the San Diego Convention Center, Petco Park (San Diego’s stadium for the professional baseball team, the Padres), and Fashion Valley. It is also used by many interns and employees of San Diegoto get to- and from- work. It is an efficient and affordable way to get around. To read more information about the San Diego Trolley, and to view fares and schedules, visit the web site at: http://www.sdmts.com/Trolley/Trolley.asp